Several years ago I’ve learned many valuable software practices from working with a 10x developer. Not only that, but I also learned a lot about the professional workplace.

Read the article on Medium here.

There’s a lot we all can learn from this story.

The Trivia Channel app for Apple TV was included on GamesKeys.net as a list of underrated games to play with your family. The author of the list was on the lookout for hidden gems when she stumbled upon Trivia Channel. Check out the full list here:

Underrated Family Games To Play With Your Family on IOS

Be sure to check out the other family fun games as well. During these stressful times, it is important to have fun together as a family.

TriviaChannel is an Apple TV 4 app that quizzes you and your family on dozens of topics, rewards you with bonus points, or penalizes you for incorrect streaks. It hooks up to an open database called QuizBang, which allows registered users to contribute their own trivia content. It contains thousands of questions currently.

Sadly, I haven’t been focusing on my seatoskyware projects in the way that they deserve in a while. I’ve been paying the developer memberships to keep my apps in the stores, paying the bills to keep this site alive, and once in a while updating my apps so that OS backwards incompatibility doesn’t break my app when Apple introduces breaking API changes. Even then, with fair warning, I have let it slip and they have removed some of them from the store.

Between working on open source apps while having various day-jobs from 2001-2008 and also being a student half of that time, and then working on seatoskyware projects during my spare time while also working full time building my professional developer career at various software companies since 2008, it would be fair to say that I’ve been burning the candle at both ends for quite a while.

I’d like to someday soon continue what I’ve started here, as I’ve only ever wanted to make products for people, not for corporations in particular. My initial passion for these projects is to solve a problem that I’ve had and was sure that other people have as well, but my momentum to carry on is feedback-driven, which has seemed to have fallen off over the years. Just this morning, however, I’ve been surprised by receiving some good feedback, so I’ll be sharing the news hopefully soon.

As of late, the only extracurricular development activities I’ve been up to in 2020 are writing articles on Medium on how to become a better software developer. With nearly 20 years of experience, much of which is double-time, I believe that what I’ve learned about building software might even be more valuable than anything I’ve created. It is mostly inspired by what I’ve learned about development in a corporate setting, but it can be applied anywhere, and I’d like to soon write about my experience in building apps on the side. I hope it helps both aspiring and veteran developers. Check out my profile here.

To any fans of my work who are out there, I thank you for your support and your patience. Stay tuned and stay safe. Cheers.

iCaption has returned to the Mac App Store with the updated 2.5.0 release. New features:

– Support for video scrubbing via TouchBar on the MacBook Pro with TouchBar.

– Update current time display when scrubbing from the Timeline. 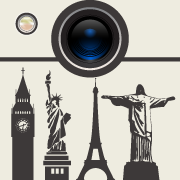 Other than working on Trivial Channel for Apple TV, these past nine months have been slow for seatoskyware.com product development. This is because I have partnered with a couple of very talented colleagues to start a new iPhone app venture under the company name, Nicola Technology Corporation. Our new product is going to change the way we take photos of landmarks…

Trivia Channel 1.1 was recently released with a number of improvements, as well as the introduction to the “Speed Round” In-App Purchase. In speed round, you try to answer as many questions as you can within 3 minutes. Answer them all to get a time bonus added to your score!

Trivia channel is a tvOS app for the Apple TV 4 which quizzes you and your family on dozens of topics, rewards you with bonus points, or penalizes you for incorrect streaks. It hooks up to an open database called QuizBang, which allows registered users to contribute their own trivia content. It contains over 3,200 questions currently.

Both iKeepActive and iKeepActive have been voluntarily removed from the App Store last year, but have been re-instated with new versions in the App Sore after the 2015 Holidays. Both applications include updates to their core functionalities to use the newest Apple OS X APIs EventKit and AVFoundation, retiring CalendarStore and QuicktimeKit, respectively. This will fix compatibility issues with the newest versions of OS X. This also means that support for Snow Leopard, Lion, and Mountain Lion have been retired.

iKeepActive has also been updated with some graphing of your progress and muscle coverage from your workout schedule, while the Lite version only focuses on the API update.

In early September, I was among the privileged to receive an Apple TV 4 Developer Kit. I have used some of my time since, to create something that the whole family can participate with in the living room: a Trivia Game.

TriviaChannel is an Apple TV 4 app which quizzes you and your family on dozens of topics, rewards you with bonus points, or penalizes you for incorrect streaks. It hooks up to an open database called QuizBang, which allows registered users to contribute their own trivia content. It contains over 2,200 questions currently.

You can say your answer into the Apple TV remote by holding the Siri button while saying aloud “Answer A”, “Answer B”, “Answer C” or “Answer D”.

The first version of TriviaChannel has been accepted into the App Store this Monday, and therefore will be immediately available upon launch of the new Apple TV living room box set. Future updates for adding features to the app are to be expected. 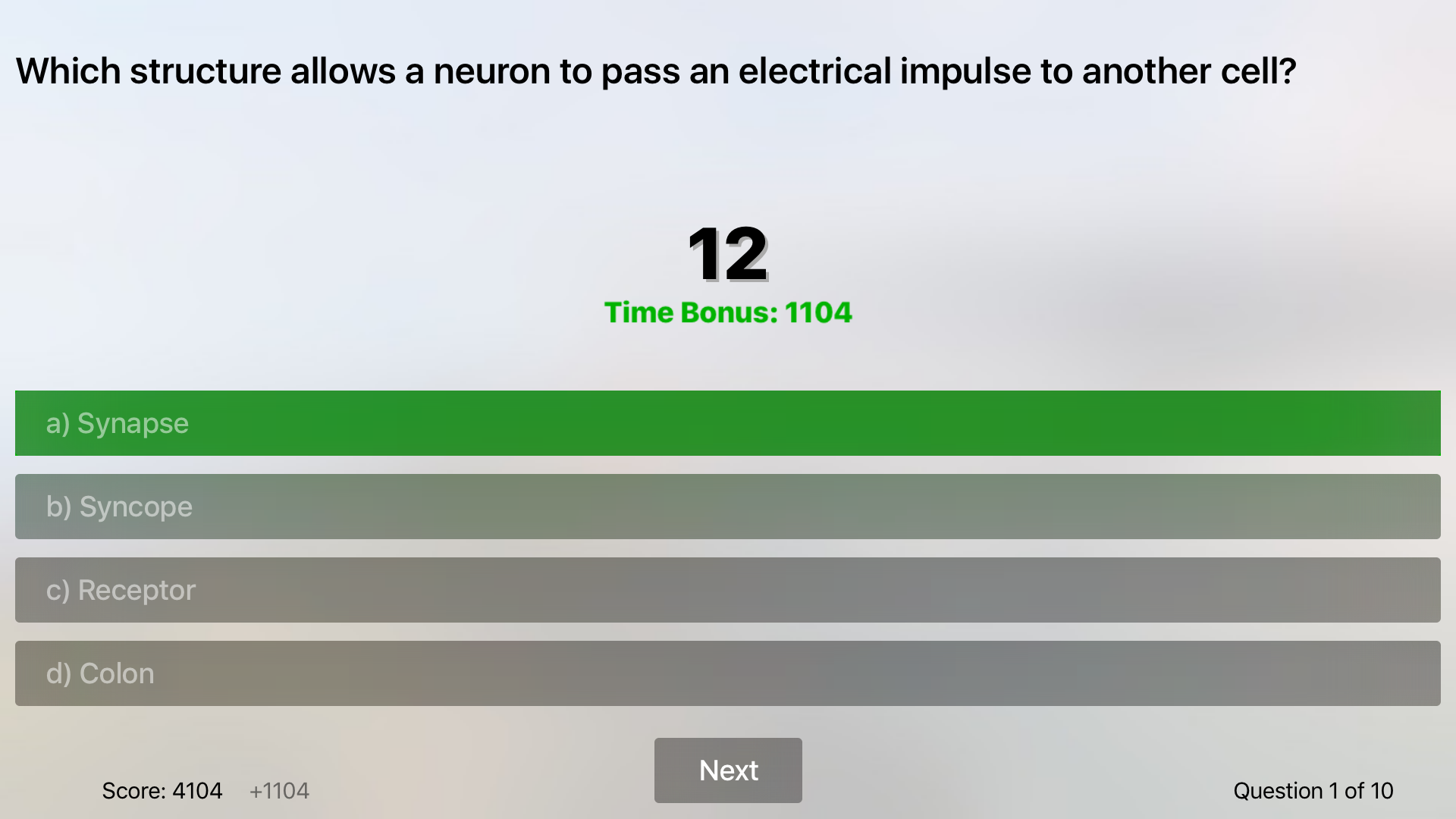 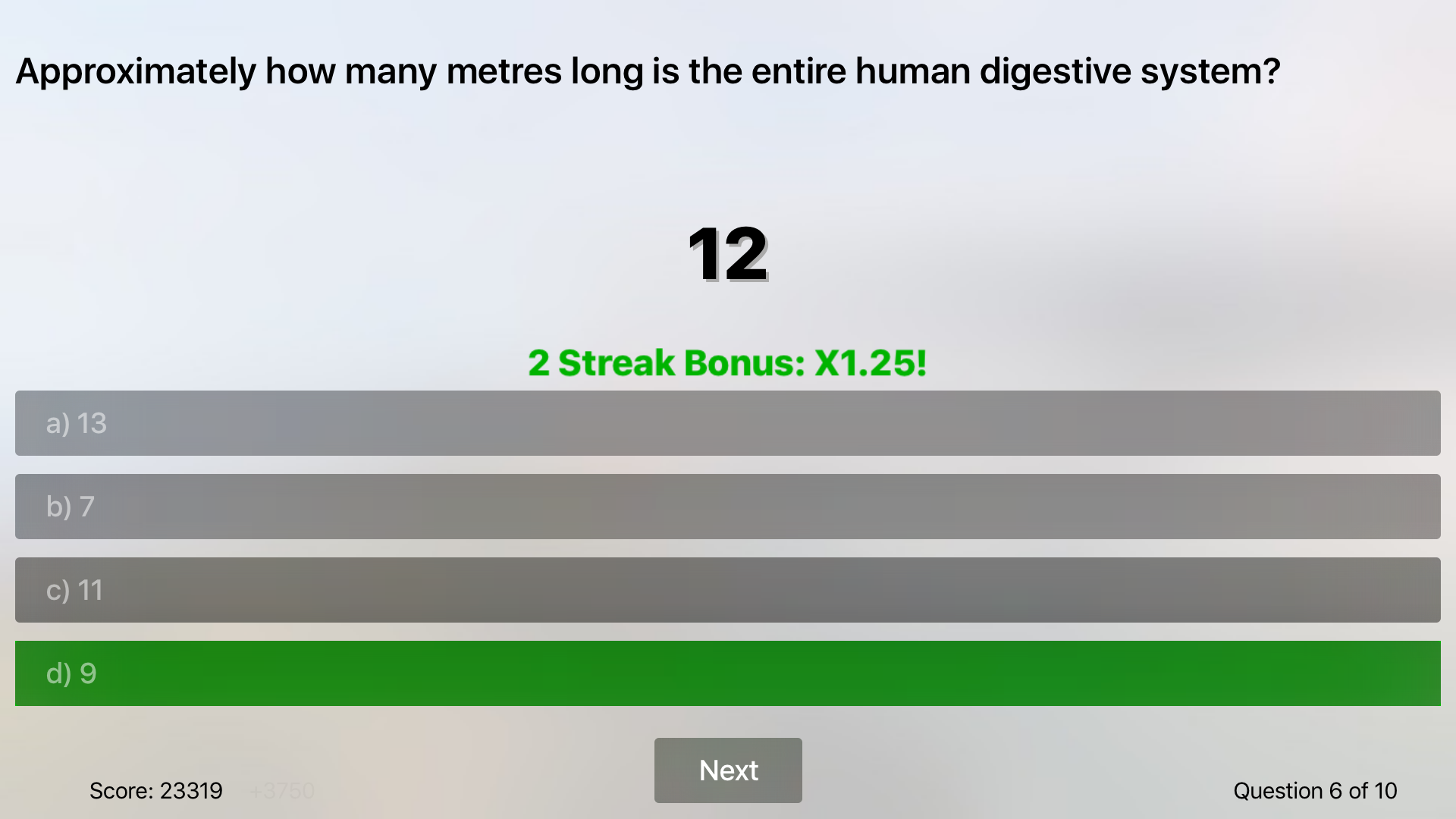 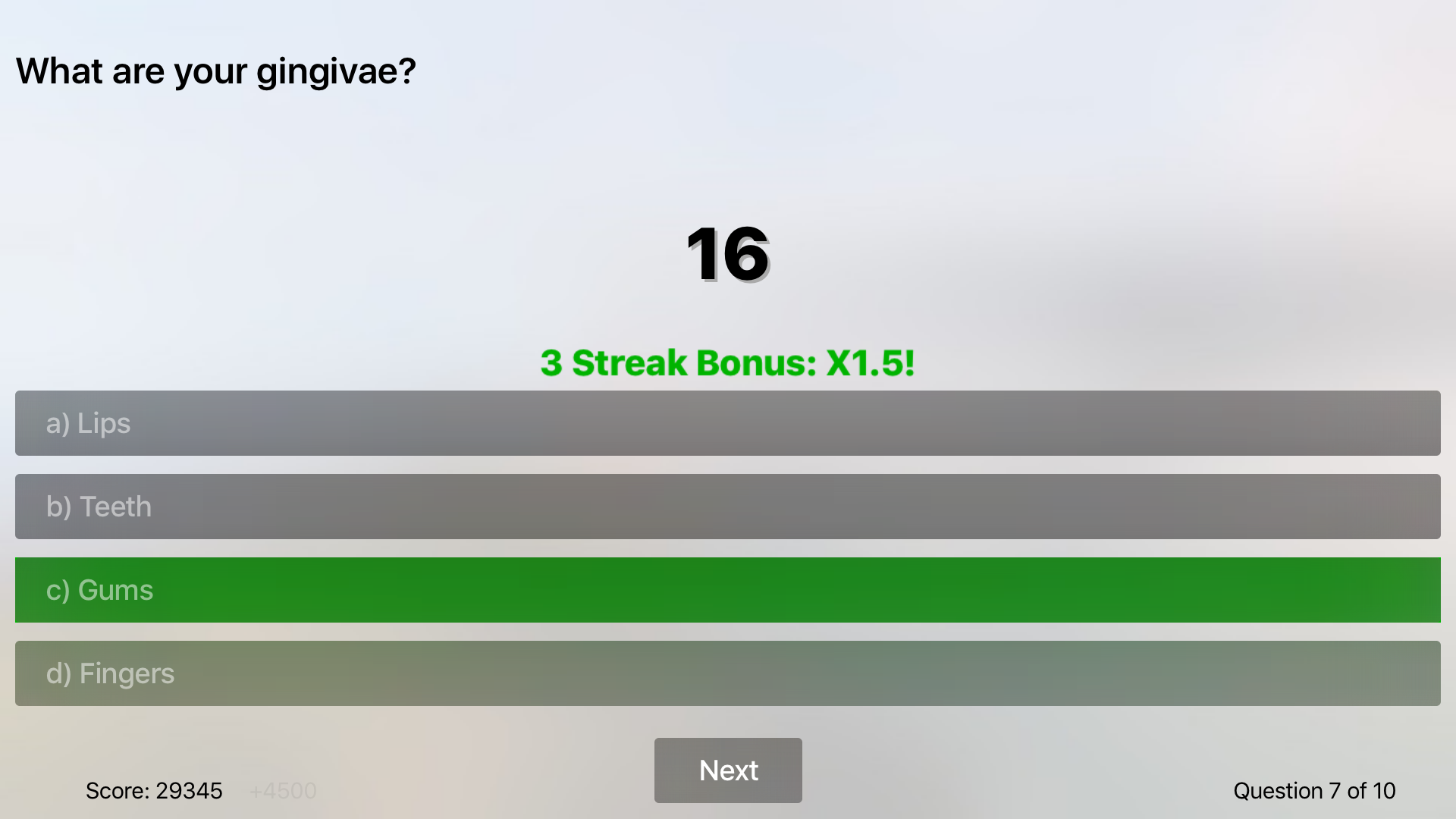 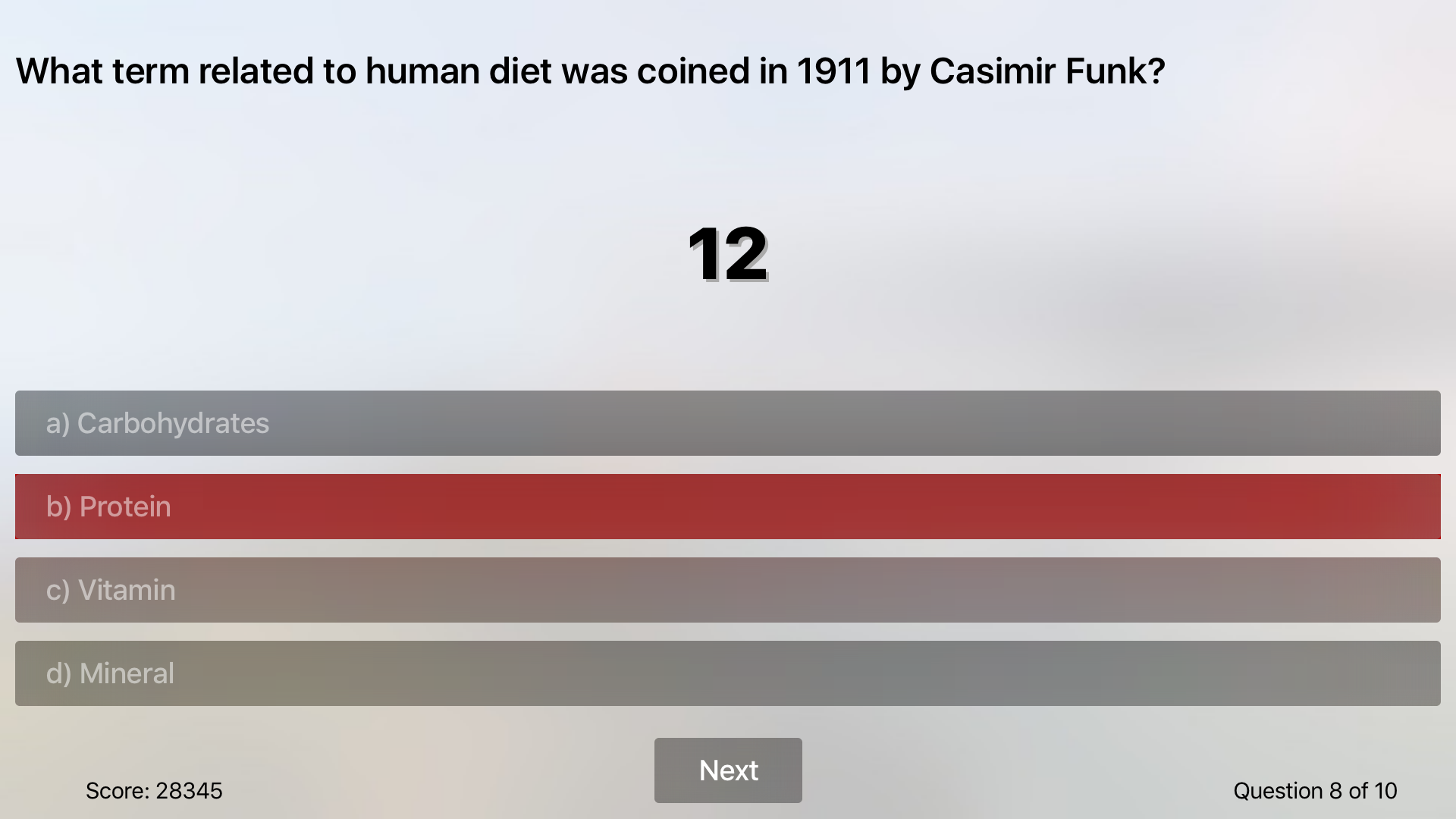 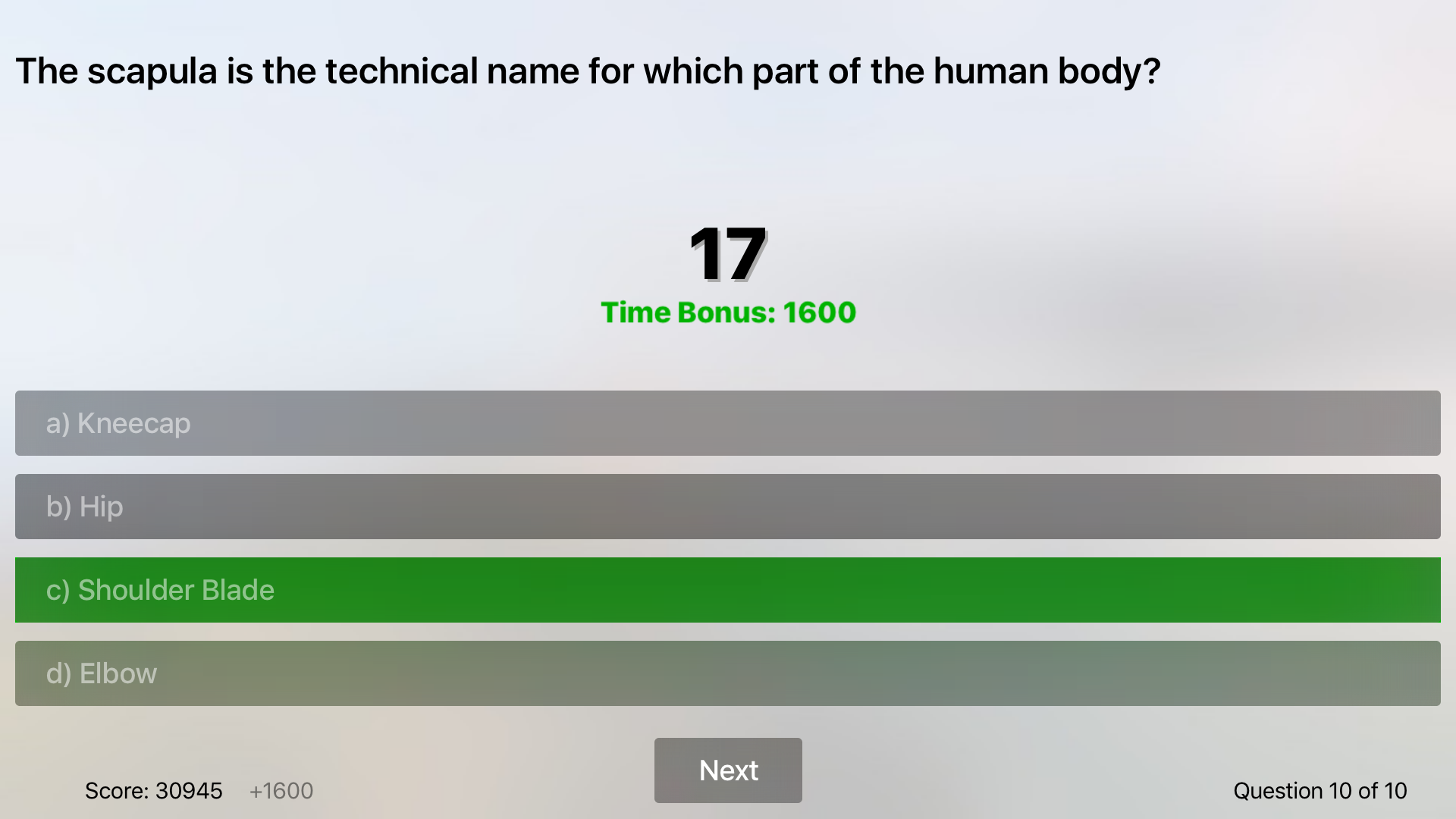 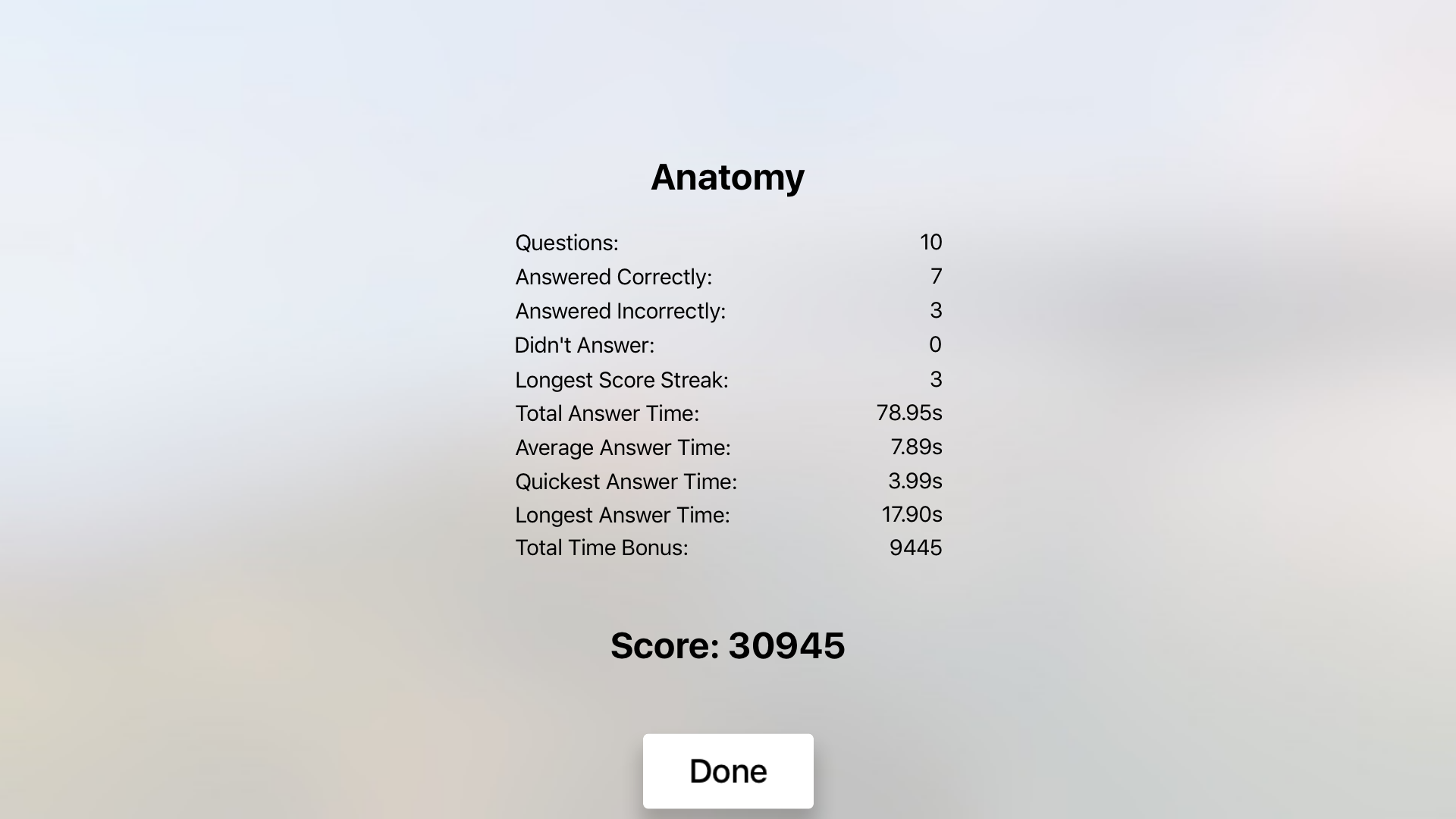 After eight years of active Open Source contributions, I ventured into commercial products for the Mac and iOS platforms and haven’t looked back. Well, it’s been another seven years since and it’s a good time for reflection – while still going forward.

I’ve been working on something to tie both of these things together: an open source Inversion of Control framework for iOS developers. Cocoatainer provides Dependency Injection via the constructor. It can be used in both Objective-C and in Swift, is covered by unit tests, and comes with several examples. It has many features, which you can read about on the Bitbucket page, where you may also download it.

Cocoatainer is released on the MIT license, which is pretty open and permissive for commercial use.

Both products iKeepActive and iKeepActive Lite have been voluntarily pulled out from the Mac App Store earlier this year and will remain out until further notice.